The storm did slow down and was categorized as a category 3 typhoon, but it retained the power to be extremely destructive. Fortunately, Filipinos, the government, and disaster relief NGOs (non-profits) learned a lot from last year. Over a million Filipinos left their homes and sought safety in evacuation centers. The destruction was still devastating – Philippines’ government estimated over $23 million USD in agricultural damage alone – but compared to Haiyan’s death toll of over 7300, the Philippine Red Cross’s confirmed death toll for Hagupit is 22.

International NGO Mercy Corps was on the ground in the Visayas region of the Philippines to help in recovery after Typhoon Haiyan. Mercy Corps and its partners had implemented a cash transfer and financial literacy program for typhoon survivors on Leyte and in Northern Cebu. Mercy Corps used engageSPARK for the financial literacy component of the program, sending more than 725,000 SMS and Voice messages and surveys to teach key concepts about finances and saving. 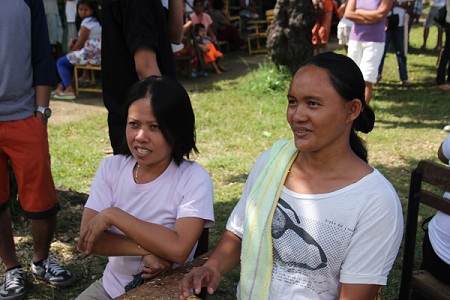 With this great network of contacts, Mercy Corps took the opportunity to team up again with engageSPARK to send a series of messages on behalf of the humanitarian community about disaster awareness and preparedness to those in danger. As engageSPARK calls the Philippines our home, we felt fortunate to assist Mercy Corps in aiding our brothers and sisters in need.

Here are the 4 messages that were sent (the messages were sent both in English and the local dialect).

The beneficiaries of Mercy Corps’ messages felt so appreciative of the support. Here are some of their responses, captured either on engageSPARK platform via text response or in person.

We want to thank our communications partner, Nexmo, who graciously donated 175,000 messages to offset the cost of this campaign!