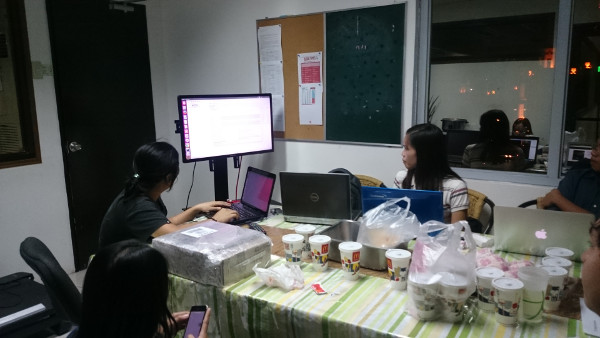 Image of QA meetup demo and participants by Lovely Banquil

With the proliferation of IT companies and startups in Cebu, it’s no wonder various tech communities and groups have sprung up in this beautiful island over the past few years. These groups usually cater to a specific field or interest, and in the tech scene, programming languages predominate. For example, a cursory look at meetup.com in Cebu will yield at least 60 groups, with almost all tech-related groups being “dev”-centric. This doesn’t seem surprising, given that development is an integral part of any IT company. However, for software testers like me, it begs the question: why isn’t there an active QA community in Cebu?

Testing has been around for a long time, and like development, is considered a key part in the software development cycle. The lack of an active testing community in Cebu was quite surprising (and a little concerning) and since no one else had thought of organizing a meetup for QA, our CTO went ahead and initiated one, with the goal of nurturing the QA scene in Cebu and helping its members grow socially and professionally.

With the help of other IT companies and fellow QA engineers, Cebu’s first ever QA meetup was held last August 10th, 2016 at the office of Caresharing Inc. in IT Park. Three topics were discussed then, namely:

Initially thought to be just a one-hour affair, the whole meetup lasted well over two hours and was without doubt a smashing success, judging from the active participation and enthusiasm shown by everyone in the group. A second meetup was immediately brought up and is currently in the works, with more participants and more varied topics being eyed.

With how well the first meetup went, one can’t help but wonder why no one thought of it in the first place. If this is how passionate and involved QA testers are, there is no doubt that this initially small community will become bigger, better and stronger in the next months which can only bode well for the tech scene in Cebu!