Voice Broadcasting: Why you should be using it in your mobile campaign

We have previously discussed the benefits of using SMS technology in mobile campaigns. Today we’re going to argue the case for voice broadcasting technology being incorporated in these campaigns. 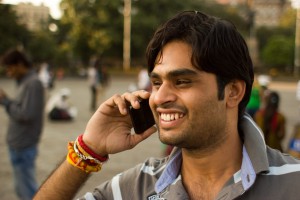 What is voice broadcasting?

Interactive Voice Response (IVR) allows people to interact with a computer using their voice and/or the keypad on their phone. The end-user places a phone call to (or receives a call from) a specified number and reaches a voice broadcasting platform with a pre-recorded message. This platform may then be navigable by using voice prompts or by pressing the numbers on the phone’s keypad. IVR is good for decision-tree campaigns.

This is a simpler option than IVR. It is not interactive in the same way. The end-user places the call (or receives it) and listens to a pre-recorded message. This option is good for educational / informational campaigns. The system sends one piece of information to the end-user via a pre-recorded message. This option is much like an outbound blast SMS but as a voice recording instead of text.

These are groups who may have problems accessing SMS campaigns. Using voice broadcasting technology allows these groups to access information and campaigns.

Voice broadcasting technologies have a variety of distinct advantages. These include that:

The technology behind voice broadcasting

Another advantage to voice broadcasting is that it is relatively easy to set up. Renting phone lines is sufficient to build the needed infrastructure. However, there is a challenge in the implementation of speech technologies. Although it is possible to set up IVR in any language (a great advantage) it is limited due to the need to pre-record these prompts. 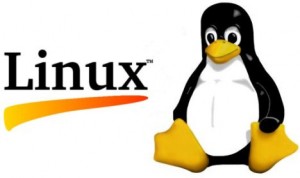 Hosting and deployment are key to using IVR technology. Currently the infrastructure needed is very expensive although there are some low-cost options such as Freedom Fone. This is limited, though, and in particular does not allow for many concurrent calls. It also only runs on Linux-based operating systems. Whereas I personally think this is brilliant, it does mean that organizations interested in using Freedom Fone need to be familiar with Linux.

There are still a few disadvantages to voice technology and this is partly why some argue in favour of SMS or USSD. Voice broadcasting technologies present challenges for both users and content developers:

If the service requires end-users to phone a number then the cost is higher than SMS or USSD. However, if the service is outgoing then there is no cost to end-users putting it in-line with SMS.

Users may be unused to interacting with a recorded message rather than an actual human after dialing the number or receiving an inbound call. Additional training may be required. The user interface needs to be carefully designed. Having a long list of options for a caller to navigate through is a danger. The options need to be short and concise.

An advantage to voice here, though, is that the end-user is not dependent on using a mobile phone. If there is a land line, they can use that.

Using voice broadcasting technologies give great opportunities to record voice and other sounds in the field. But, as Stephene Boyera argues, this may be subject to mis-use. He uses the example of citizen-journalists in the field being able to use IVR to report on events. However, as voice is identifiable and traceable, this poses a real risk in corrupt countries.

Although voice broadcasting technology is far from being a “magic bullet,” it addresses problems that no other technologies currently solve. There are some challenges to using voice broadcasting services. However, for reaching communities who cannot access text, it is indispensable.