SMS and USSD on the ThoughtWorks Technology Radar 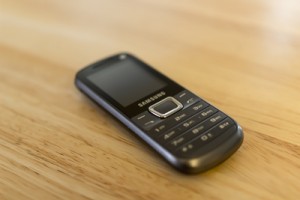 In the latest radar report published in January, SMS and USSD as a UI (user interface) are once again firmly placed into the “adopt” category. This category is reserved for the technologies that ThoughtWorks values as the most significant and advises the use of.

The Technology Radar report is a way for ThoughtWorks as a company to express its thoughts on available and emerging technology. By placing USSD and SMS into the “adopt” category, ThoughtWorks is saying that they have proven themselves as valuable technologies.

SMS, or “Short Messaging Service”, allows users to send a short text message to other mobile phone users for a cheap price. It is one of the cheapest ways to use a mobile phone, and one of the most popular.

We’ve written about SMS extensively before on this blog including both the benefits and downsides to using it in developmental work.

USSD (Unstructured Service Data) is a connection based version of SMS popular in developing countries. It is commonly used for navigating through menus to top up mobile credit. It is more responsive than SMS because it allows a two-way exchange of data. It is currently being used for some very exciting projects such as Wikipedia Zero.

To learn more about the various technologies behind mobile for development, read this blog post by David Hutchful.

Why is this relevant?

Globally 58% of all phones sold last year were feature phones. In many developing countries, this is an even larger majority. Such feature phones all allow the use SMS and USSD as a user interface. If you wish to reach a large number of people worldwide, then SMS and USSD are the prime technologies to allow you to do so. As such, they are the ones that must not be ignored, but utilised.

ThoughtWorks advises that people “should look at USSD and SMS as another UI and UX platform and treat them as first-class citizens.”

The stance of ThoughtWorks supports engageSPARK’s view that SMS and USSD are vital communication paths in regions with low internet adoption. They can both be leveraged to disseminate and collect information from people around the world. Though we would go one step further and argue that Voice is what truly allows organizations to engage with the very poor who are, more often than not, illiterate.