M-Pesa: The wonder of mobile money

The scope for what you can use a mobile phone for is increasing year by year. Once they were used for making calls alone, but they are about so much more now. And their potential grows ever more exciting as they become cheaper and more accessible around the world.  Secure money transfer has long been a problem but mobile money is addressing this problem in real ways across increasing numbers of countries. 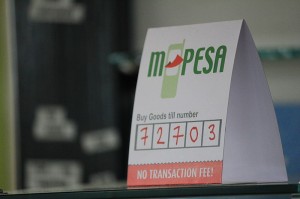 M-Pesa is the largest mobile payment system in the world. It was the first and paved the way for many followers. It is a “mobile-phone based money transfer and micro-financing service” for Safaricom and Vodacom in Kenya and Tanzania.

This is a prime example of a company identifying a market need and building a system to meet it. Researchers noticed that in Uganda, Botswana and Ghana people were using airtime as a form of money transfer. These researchers from Gamos approached MCel in Mozambique and in 2004 they introduced authorized airtime credit swapping. This was a precursor of M-Pesa and other mobile money services.  Safaricom then launched M-Pesa. This mobile money service allows users to deposit money into an account stored on their cell phones, to send balances using SMS to other users, and redeem deposits for cash. Users are charged a small fee for using the mobile money service.

Being able to do all of these things on a mobile phone has liberated the movement of money. It has also made paying for things easier, and safer.

Perhaps what is most interesting about mobile money is where it has come from. Rather than silicon valley, it has arisen out of Africa. Its users do not own credit cards and so it is giving ease of purchase to a wide range of African citizens who previously were dependent on cash.

At engageSPARK, we recognize the great usefulness of mobile money and are looking at ways to easily include it in messaging campaigns.