Mobile Crime Fighting: For Everyone, or Just the “Elite”?

Stories about using social media, mobile, and big data to fight crime abound these days. I started to type that “this might seem a little sci-fi to the average 70 year old grandma,” but the truth is: my septuagenarian grandma owns an iPhone, an iPad, a laptop, and regularly gives me her opinions about my friends’ postings on Facebook (especially the ones that she would deem “criminal”).

Halfway across the world, the beautiful, silver haired Daksha Sheth – a renowned dancer and voice for female empowerment in India – is also steeped in technology. She looks quite content as she launches the mobile app “Help Me on Mobile” from her smart phone; the app allows someone needing help to click a button and alert other app users of her whereabouts. 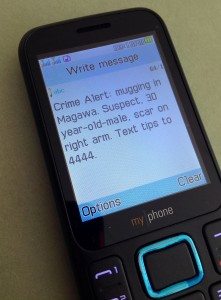 So for most anyone with the ability to read this article, tech is an assumption, a way of life. The articles about using tech to fight crime in first world countries may be interesting and encouraging, but they rarely seem astonishing.

Unfortunately, for the most vulnerable people in the world (those in extreme poverty, especially women and children) a “Help Me” mobile app is essentially useless. In India, 10% of urban men have smart phones; 4% of women do (2012). A 2010 report by the World Bank indicates that the richest 20% of Indians own 42.8% of the country’s wealth, while the poorest 20% own 8.5%.

I’m willing to bet that very few of the 32.7% of Indians living in extreme poverty are part of that already small number of smartphone owners. What’s more, as is the case in most developing countries, only a tiny fraction of the people who do own smartphones actually have data plans that allow them to access the Internet on their phones without Wi-Fi – it’s typically only the very wealthy that do.

Please don’t get me wrong. As a fierce advocate of women’s rights, I am thrilled to see India launch that app; if it makes even one life safer, it has value. I am also grateful for every aspect of technology that helps the good guys catch the bad guys and makes the world a safer place (like this Delaware, USA app that helps citizens fight crime). I even let my iPhone savvy grandma track me via MobileMe when I took a solo vacation a few years ago (otherwise I might not have been taking the vacation).

I just think we need to authentically ask: with 2.4 billion people worldwide living on less than USD $2 a day, how is Mobile Crime Fighting helping them?

There are some really great projects out there. An example is Google Ideas’ Human Trafficking Hotline Network, which utilizes technology to respond to the immediate needs of victims and aims to collaborate with trafficking hotlines globally to fight modern day slavery with big data.

In crime heavy Tembisa, South Africa, the telecommunications company Vodacom donated a computer and seven cell phones to a group of young people in order to let them communicate with each other and their community about crime incidents using text alerts and social media. 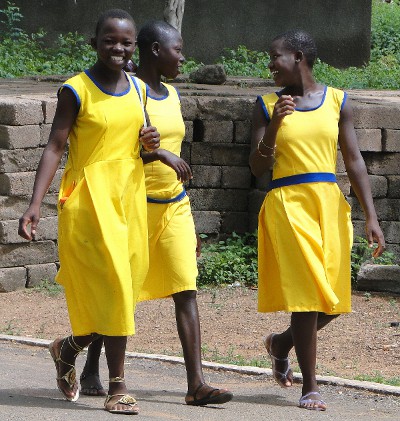 A project that I really enjoyed reading about was Safe Mathare: Mobile System for Women’s Safe Commute in a Slum, a project prototyped and launched by Stanford students. The project organized walking groups of “escorts” to travel four different routes in the poverty and violence ridden Mathare slum of Nairobi, Kenya.

A woman could text or call to find out the current location and estimated arrival time of the escorts to the “stop” nearest her, allowing her to wait in her home until the escorts were nearby.

A point of note is that the project was originally entirely text based, but the project team conducted a survey and found that women preferred voice calls over SMS (check out Sunny Yang’s article to see what the engageSPARK team thinks about the Value of Voice).

Frankly though, there is not nearly enough Mobile Crime Fighting in the world of m4d, and that needs to change. Even in the Google Ideas project, the highlight has been combating trafficking in the USA; a fantastic, necessary aim and a good first step, but only the tip of the iceberg when it comes to crushing modern day slavery.

We’d love to see organizations use the engageSPARK platform to easily and quickly build their own mobile crime fighting programs.