Only a few rigorous evaluations of mobile phone-based behavior change initiatives have been completed. But they all suggest a similar conclusion: initiatives fail unless there is a meaningful intermediation process. That is, merely providing beneficiaries access to information is not enough – the information needs to be provided within the context of an active engagement between the service providers and the beneficiaries (find a good, humorous discussion of that here). This caveat reminds me of a well-known HCI (human-computer interaction) concept called the “Socio-Technical Gap.”

Conceptualized by Mark Ackerman, the Socio-Technical Gap points to the fact that there exists a divide between what social systems 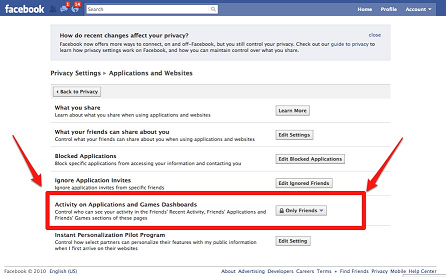 (individuals, communities, institutions) want and what technology can support. Ackerman raises the example of online privacy (in a way, foreshadowing present concerns on privacy): online users want to be able to manage how, when and what information of theirs is shared with the various online services they utilize. The key is that they want to do this as easily and seamlessly as they do in real life – for example, I can quickly decide based on a brief interaction with two strangers and the context of the interactions, to share different amounts of my personal info with each of them. This is not so easy to do online without numerous clicks and without navigating through complex privacy settings for each site I visit. Socially, technologists know that they must support people’s nuanced applications of privacy online. However, technically, there is no good way (yet) that matches the efficacy and nuanced way in which people negotiate privacy offline.

This idea raises an important question for mobile phone-based behavior change initiatives: To what extent can the mobile phone (and technologies developed around it) sufficiently address the social requirements demanded by the highly flexible, nuanced and contextualized communities they operate in? 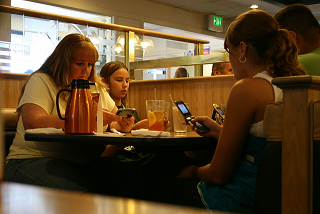 My contention – and this is not new or groundbreaking for those involved in m-X initiatives – is that the mobile phone cannot address these social requirements in and of itself. However, I do think there is a potential to narrow the gap. The essence of a mobile phone is to create connectivity between two or more people. My estimation is that the projects that do not make significant (and in some cases, make negative) impact fail to do two things:

An example is required. Suppose you want to encourage a middle-class car owner/driver in Ghana to adopt a more environmentally friendly mode of transport such as carpooling or using the bus. A simple “mTransport” initiative could be a database of carpool options and bus times and locations that this person may query. While this may help the most ardent and dedicated of environmentally-minded people to switch, it would most likely fail to change the behavior of our typical driver.

A close look at the literature on behavior change explains why:

A comparable service that gets it right is the Lyft service available in San Francisco. Ignoring the fact that the service requires a smartphone and a data connection, the basics of a good behavior change initiative are in place. In addition to offering information on available cars, the service enables users to, through the phone, get more information on other available options based on criteria that matter to them (e.g., what does the driver look like?). There is a feedback process, also available through the phone, to rate both drivers and passengers. Lastly, the service has created – through “social gimmicks” such as fist bumps and “moustaching” cars – a community feeling that engenders loyalty to the service.

The Lyft service creators understood the communication loop required in the transportation domain to have an impact (albeit, their idea of impact may not be motivated by saving the environment). Secondly, given this understanding of the domain, they were able to go beyond just providing car availability information to fully utilize the mobile phone to address some of the social requirements, e.g. “I don’t want a creepy looking fella to drive me” or “I don’t want to pick up a cheapskate.” Gaining an in-depth understanding of the domain in which we seek to make an impact is one way in which we can begin to narrow the Socio-Technical Gap that exists for mobile phone-based initiatives.

Until we learn how to bridge/narrow the Socio-Technical Gap involved in mobile-based behavior change initiatives, there also remains the question of how and what we look for when we evaluate these initiatives. Should we really be looking for a change in behavior as an impact measure or should we simply count outputs such as the number of messages received and responded to? I would argue that the latter is far from ideal given the effort it currently takes to implement a mobile phone-based initiative.

We need to figure out effective ways of narrowing the Socio-Technical Gap so that we can truly look at the impact. I have suggested one (low-hanging) approach above – are there other means and methodologies you know of that may be employed to reduce the gap?