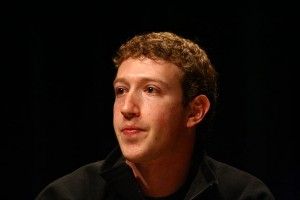 A few weeks ago Facebook’s co-founder and chief executive Mark Zuckerberg announced a new project called Internet.org to further extend internet access to developing countries and reduce poverty. This new endeavor is in collaboration with other tech giants and aims to reduce the cost of delivering basic internet services, particularly in the developing world. In doing so, the initiative hopes to bring internet access to all, which would expand the poor’s interaction with technology from using mobile phones just for SMS and Voice to using mobile phones and other devices to access the internet.

Only 2.7 billion people – a little over one-third of the world’s population – currently have internet access. The partnering companies – Facebook, Ericsson, MediaTek, Nokia, Opera, Qualcomm, and Samsung – hope to bring the internet to the remaining 4.5 billion people around the world who are living in poverty, don’t have internet access, and use mobile phone almost exclusively via SMS and Voice to access information. The consortium also seeks to bring more partners from the government sectors, NGOs as well as academics.

How will this group expand internet access and reduce poverty?

Zuckerberg has championed the cause of ‘internet-for-all’ in a discussion paper titled “Is Connectivity a Human Right?” valuing access-to-internet as a human right, which has drawn wide criticism. Critics argue that the initiative is more a ‘Facebook-for-all’ than an ‘internet-for-all’ scheme. The company has exhausted its user base in developed countries and there remains an untapped 5-billion users in the developing world who are living in poverty and are ripe to become new Facebook customers. Critics also see the humanitarian argument as a garb over the larger profit-seeking, growth-hungry motives of the group; giving it a ‘.org’ URL is seen by many as a misleading initiative. Of course, Zuckerberg does not deny the long-term profit incentives that increasing internet access will bring. However, in a recent interview, he was also quick to point out that:

If we were focused on just making money, the first billion people we have connected have way more money than the next six billion combined. It’s not fair but it’s the way that it is. And we just believe everyone deserves to be connected to the internet…

Zuckerberg further defended himself in a lengthy interview with Wired Magazine.

Are his arguments on increasing internet access for those living in poverty enough to appease the skeptics, who still doubt that an increase in internet access directly causes GDP growth?

Then again, can this not be seen as an excellent initiative to reduce poverty in our world? Why are we so fixated on the ‘profit-mongering’ aspect of businesses that step up to use their resources and expertise in creating digital equality? Put another way, would we be more comfortable if a social enterprise or an NGO were to introduce a similar initiative? Are similar projects to increase internet access any less noble if private firms take similar actions? Has anybody ever complained about an internet service provider expanding its coverage to poorer areas?

While there is no denying that these firms are to benefit from a more connected world in the long term, it also is important to note that the vast amount of resources that come from these tech giants are being put to use for a larger, social good, which may otherwise not be available to NGOs and social enterprises.

We have already discussed extensively the phenomenal reach of mobile phones around the world, as well as the wide use of SMS in development initiatives and our plans to expand the use of Voice in those programs (so that the illiterate can be reached). What remains to be explored is the use of the internet coupled with the mobile phone, as the internet becomes more available around the world. Do share your thoughts with us on Facebook and its partners’ plans to increase internet access for people living in poverty!