Farewell to the telegram: The controversies of technology moving on 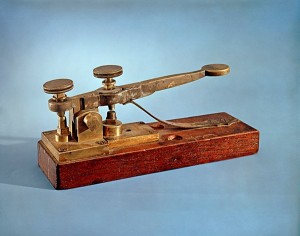 In July 2013 the Indian telegram service was ended. As surprising as it is to hear that telegrams have survived at all into the 21st century, in India, they were deeply woven into society. For 163 years Indians have used telegrams to announce births, deaths, and job openings and pass on all sorts of information.  However, in the last seven years, the service has lost $250 million as mobile phone subscriptions hit 867 million in April. With these kinds of losses, it’s no wonder that the service has been closed down. The increase in e-mail and text messaging has severely taken clientèle away from the telegram service in India.

Along with the announcement of the closure of the telegram service went protests against its demise. It’s been argued that although more Indians are using mobile phones there are still many who do not. Neither do they have access to computers with internet access? And for these people the telegram was essential. This opens interesting questions (especially in terms of development) – at what point should we relegate old technology to the scrap heap? Although mobile phone use is increasing is it wise to behave as though everyone does have access to them? 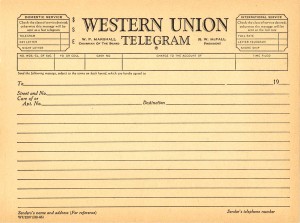 As Lynne Truss asks in her article in the Telegraph  – what happens if the internet stops working? All the technology we learn to use eventually becomes obsolete and is replaced by something else.

So, as India says farewell to the telegram we have to ask – what will be going next?

Also, now that the telegram is ending in India, even more, communications will be sent via SMS.  Check out my earlier blog post on SMS to learn how SMS can be a powerful tool for change!