From Medicine to ICT4D: My Experience as an engageSPARK Fellow

JN Fang writes about her experience as an Opportunity Labs Technology Fellow with engageSPARK in Cebu City, Philippines during December 2013 and January 2014. 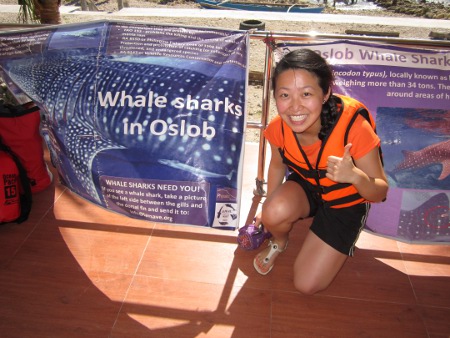 JN preparing to swim with the whale sharks in Cebu, Philippines

At some point between getting my news from Junior Scholastic and joining high school debate, I decided that I wouldn’t touch politics with a ten foot pole. It was hopeless to make a difference with politics, I told myself, and there was too much wrong with the system. So I quickly dismissed any opportunity to become involved in it.

It helped that I had been pre-med since birth, set in my ways to follow in the footsteps of my gastroenterologist father who had brought his family out of rural China to Shanghai and then to the US. At every step of my life, my life was templated: school, medical school, residency, fellowship, and then attending physician or surgeon.

I started college in the fall of 2012. While I was less than halfway through my education, my friends were two summers way from starting their careers. I loved medicine for its ability to effect a direct impact but I slowly realized there were other careers that could do the same without half a lifetime of schooling. The day-to-day routines of most physicians and surgeons focused on personal impact. Helping patients was limited by the fact that the doctor had to be the one to perform the procedure.

While research could be a path to exact more widespread change, the complex cycle of grants and the imposing American healthcare system presented big obstacles in making an impact in a short period of time. On the other hand, starting with my first computer science class, I could deploy a project. I saw the rapid spread of effective campaigns and technology that could change the world. I began to open my mind to other possibilities.

This past semester, I started to study computer science with a minor in global health. I joined the newly-founded Harvard Developers for Development group to promote social impact technology. And I interned at a start-up based in Bangalore, India that was building a mobile and web application for diabetics to manage their exercise and glucose levels.

I had decided that I wanted to work in development, and any way to make an impact seemed like an opportunity to change the world. Everything seemed great: health education, human rights advocacy, sustainable development, family counseling, etc. Working as a Fellow at engageSPARK this past winter break helped me realize that the development world is much more complex.

What I learned at engageSPARK: The Intricacies of ICT4D

ICT or Information Communications Technology forms the core of infrastructure that enables members of any community to interact with each other. In a world where three-fourths of the inhabitants now have access to mobile technology, NGOs have adapted to make SMS messaging a core part of their communication methods with their target audiences. But with 17% of the world’s adults completely illiterate, many are being left behind.

The distribution of illiteracy is not uniform; South and West Asia accounts for more than half (52%) of the world’s adult illiterate population while another 22% live in Sub-Saharan Africa . Literacy, in this case, is measured at five different levels of proficiency through the Literacy Assessment and Monitoring Program (LAMP) set forth by UNESCO. While it is not surprising that developing countries have a lower literacy rate, NGOs rarely implement voice messaging systems that parallel their SMS messaging programs. The complex network of telcos, technical APIs, and location-specific languages and dialects imposes a challenging obstacle in the way of adopting voice messaging as an alternative method. In turn, campaigns lose a critical mass of the poor they seek to target because of this break in communications. 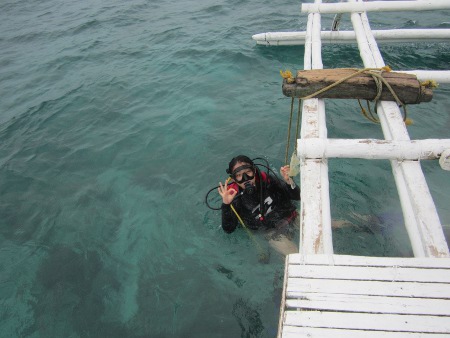 Along with the need for voice messaging, I was also surprised to learn about a categorical difference between urban and rural ICT: airtime as currency. Without access to bank accounts or other lines of credit, the poor in some countries started to use airtime as a form of alternative currency from paying for a bus ticket to buying groceries.

In some societies, this new money system spread to all parts of society, including the urban poor. It is especially successful in Kenya where Safaricom, a subsidiary of Vodafone, established the “Sambaza” service that allows users to transfer airtime to each other. Started in 2007, the program called M-PESA has taken hold in two-thirds of the Kenyan adult population and 25% of the country’s gross national product flows through it.

To enter the system, a user deposits cash to a Safaricom agent, who credits the amount to an account, where funds are able to be transferred to anyone else with an account through a menu on your phone. Money can also be withdrawn as cash from the account, much like with a bank account. Still, the establishment of a mobile money system cannot be applied blindly to all societies.

A 2012 study commissioned by the IMFTI investigated the Ethiopian community-based social credit clubs called edirs. Communities formed edirs to establish a mutual savings fund for the members, who build a credit history and could take out loans to pay for funerals, illnesses, and disaster repairs. The edir system, integrated in Ethiopian society, challenges any new system to to place the same kind of social value on money as the edir establishes over time. The issue of mobile money is only one example of how any issue in development, with more investigation, reveals multi-faceted effects and reactions.

It would have been easy to begin feeling about development the way I felt about politics – hopeless and to be avoided. Research on any topic seemed to lead to multiplying perspectives. There were too many charities, too many stories of ineffective NGOs, too little financial security, and too few cases of success. And while I learned at engageSPARK the importance of exceptions and community-specific characteristics, I also learned that, despite all, impact could and should be measured quantitatively.

Proof through randomized, controlled trials is the gold standard for scientific research and it should be the same for development research. The engageSPARK team holds its platform to this expectation and, in turn, is developing technology with the goal of changing the world of ICT. I learned that development is different from politics; I could make an impact–and fast. (Check out Bill and Melinda Gates recent article, highlighting how effective development work can be.)

It was a truly enriching and eye-opening experience to work with such a diverse team in a unique city. During my time there, I explored the cultural and natural wonders of the Philippines with the team. We swam with whale sharks in Oslob on the Southern coast of Cebu island, went scuba diving on Mactan island (where we held a blowfish!), and explored the religious and historical center that is Cebu City on the eve of the biggest festival in the Philippines, Sinulog. I am so grateful to have been a part of the team these past few weeks and I cannot wait to see the engageSPARK platform grow and the social impact it will have.