A Question of Accessibility – Mobile Campaigns for the Visually Impaired

I first became aware of the systemic problem of accessibility for those with visual impairments during a job supporting a visually impaired student. Many battles were fought with lecturers and publishers over obtaining electronic copies of texts and lecture slides so that my student could access them with his screen reading software.

In particular, I was shocked by how even with screen reading software many texts and websites were still inaccessible to him due to their poor design. So, as I was researching current mobile campaigns, I was keen to investigate how the challenge of accessibility is dealt with by the creators of such campaigns.

The answer is not very well at all. The issue of accessibility seems to have been largely ignored.

Many different accessibility issues exist around mobile campaigns, but due to space constraints I will focus primarily on those dealing with visual impairment.

The most significant accessibility problem with mobile campaigns is that many campaigns are SMS based. As we’ve previously discussed, these SMS campaigns exclude the illiterate but they also exclude those with visual impairments. This is especially true in the developing world. Many smartphones have voice reading software built in so that the visually impaired can access SMS. However, in the developing world the majority of phones used do not have this functionality. This means that if you are visually impaired in the developing world you are not being included in any of the many campaigns aimed at engaging people in their communities, improving healthcare, or educating from afar. This means that an already heavily marginalised group are being excluded even further. 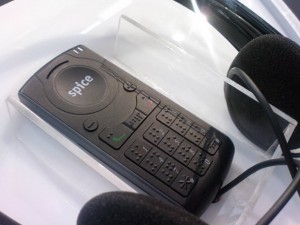 Often, the design of the mobile phone itself is a barrier to accessibility. The UK charity the RNIB (Royal National Institute of Blind people) have noted:

the complexity and design has often made them difficult for blind and partially sighted people to use…including the size and shape of buttons and the size of text and icons on their screens combine to make their use difficult, or in many cases, impossible (RNIB website)

However, many phones are accessible and several organisations have evaluated the merits of various handsets. The Global Accessibility Reporting Initiative (GARI) in particular has done a lot of work to help consumers identify phones with features that meet their needs. There have even been phones created that are aimed solely at the visually impaired such as Spice India’s braille phone.

In summary, there are two main problems:

I don’t mean to imply that every NGO is ignoring the needs of the visually impaired. In particular there are large international charities for the visually impaired that are very interested in issues of accessibility. The potential that mobile phones have for helping to improve the lives of the blind and visual impaired is vast and is being globally recognised. At the moment the focus is mainly on preventing blindness rather than improving lives of the already blind. Helen Keller International (HKI) is currently investigating mHealth applications to “promote, monitor and evaluate the equitable distribution of healthcare” in Sierra Leone.**  These campaigns are aimed at the prevention of malnutrition and blindness. As such it seems likely they are aimed at sighted healthcare workers rather than people who are already visually impaired.

There are also mobile apps being built specifically with the visually impaired in mind. One great example of this is the Lend an Eye App in Singapore. This app allows visually impaired people to call a centre where workers will give them directions based on the input from the camera on their phone as they walk.

The potential for mobile phones to improve the lives of the visually impaired has been recognised by many organisations. There is hope that work in the future will strive towards making them more accessible, including the way they are used in mobile campaigns. This is a topic being discussed the world over. In the recent M-Enabling summit, ICT leaders around the world discussed making mobiles accessible. People such as Axel Leblois have been working with UNESCO (among others) to include people with disabilities in efforts to build accessible infrastructures through partnership between industry and governments.

Time will tell if organisations are suitably supported in terms of funding to properly investigate accessibility.

It may be tempting to think that making mobile campaigns accessible is a ‘waste of time’ as the number of visually impaired people with access to mobile phones is unknown. I would argue however that it is essential that not only the campaigns but also the technology needed to make the campaigns are built with accessibility in mind.

The joint founder of BlindAid Africa Peter Lees highlights the importance of blind and visually impaired children learning to interact with common technologies rather than those aimed at only the blind (such as braille):

A blind child with a Braille slate can communicate at a distance with the few people who read Braille; if he/she has a typewriter then, after learning to touchtype, the whole world opens up, including the school examiner, for priority treatment, A blind child with a radio-cassette recorder can ‘read’ text books and literature, record lesson material for revision, and invite sighted classmates to ‘watch the football on the radio’ as one blind student put it, thus creating friendships. (Peter Lees, BlindAid Africa)

As mobile phones are becoming so widespread it is essential that visually impaired people are included in campaigns using them.

There is already a large problem of the visually impaired being stigmatized – especially in sub-saharan African countries. They are often excluded from the communities in which they live. By not making mobile campaigns accessible to them this means they are further excluded.

In its Convention on the Rights of Persons with Disabilities the UN (United Nations) states that:

This should also be the responsibility of NGOs when designing mobile campaigns. Mobile phones offer a great way of disseminating information to everyone, including the visually impaired.

There are simple solutions to this problem:

Add a voice component to go alongside your SMS campaign. This can be targeted at people with visual impairments as well as the illiterate. Our platform here at engageSPARK, will allow you to create both SMS and Voice messages that you can customise to be targeted at particular groups.

We will be discussing the benefits of voice in a later blog post. 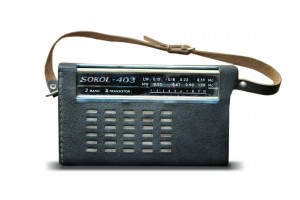 Radio can even be coupled with other campaigns. For example – you could use radio to advertise the existence of your mobile voice campaign. A great example of this already being done is Farm Radio. This organisation enables the creation of radio programs that are broadcast to farmers across Africa. They have integrated this program with the use of mobile phones. 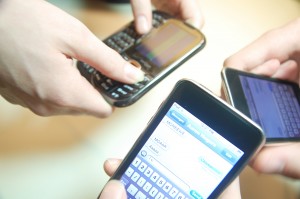 Technology is improving all the time. Smartphones in particular are improving in terms of accessibility. The new phone by LG Electronics and Sprint  promises to be the most accessible phone on the market. This phone reportedly has features designed to make it more “accessible for people with vision loss or other disabilities.”

There are already organisations that take older unwanted technologies and distribute them to the visually impaired in developing countries. BlindAid Africa is one such example. This organisation has a turnover of 2500 pounds per annum and distributes manual typewriters and radio-cassette recorders to south and central Africa. Their founder Peter Lees says that “you can do a lot of good on a shoe-string if you fill a real need and people can see real progress when using the techniques you are promulgating.”

It is important that mobile campaigns start taking the visually impaired into consideration. I would put forward a challenge to all designers of mobile platforms and campaigns. It is this:

Build your products with accessibility in mind. Think about your interfaces and if a visually impaired person will be able to access them.

This is not something suited to being “sorted out later”. Start as you mean to go on. If your product is accessible from the beginning then everyone can benefit from it immediately.

I want to live in a world where information is accessible to all. After all – isn’t this accessibility the great advantage of mobile phone campaigns?

* Both these statistics are from Lewallen and Courtright. Blindness in Africa: present situation and future needs, Br J Ophthalmol, 2001 Aug;85(8):897-903

** Quote from Mary Hodges from HKI