In 2014, when mobile phones globally outnumber toilets, it seems pretty obvious that technology will have a major impact on an international public health crisis like Ebola. But obviously, not all approaches are equal. A recent amusing example was when a United States’ representative suggested that we should all use iPhone apps to monitor our body temperatures and prevent Ebola from spreading; unfortunately, what he held up to demonstrate this was actually the weather app (an iPhone case called “Wello” will give you your full vitals for $199, and a smartphone thermometer is available that uses each diagnosis to track the spread of illness, but as far as I can tell, any apps that claim to take your temperature without a hardware accessory are sketchy at best). 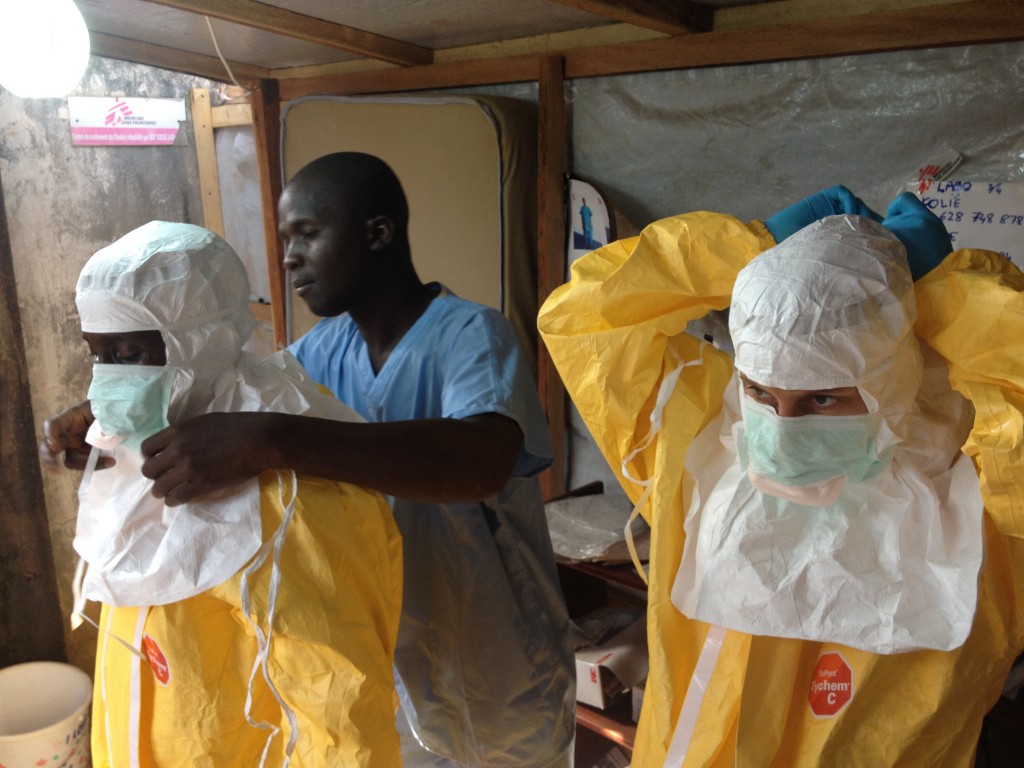 So what is useful, and what is not?

TechCrunch has a great post by in-the-know guest writers Sebastian Muah (ICT Lead for Ebola Response in Liberia), Erica Kochi and Christopher Fabian (co-leading UNICEF’s Innovation Unit) that gives a lot of insight into how the tech sector can fight Ebola. It points out that while donating a pile of smartphones seems generous, 3G and 4G service is so limited in affected areas that they provide no value. Money would be a better donation (see #7).

In a previous blog post, I talked about Dr. Alain Labrique’s opinion that people focus too much on the “mobile” component of “mHealth” and not enough on the “health.” This leads to disconnect between what is being created (something overly complicated/redundant) and what is actually useful and needed (simple application or dissemination of practices/information that is already known to be helpful). Just because something is techie doesn’t mean it will be at all useful.

Ebola is not the only problem facing African health care systems. Hospitals and clinics are overwhelmed, and people are afraid to go to them, leading to deaths from other illnesses like malaria, pneumonia, or diarrhea. If you are inspired to make a positive impact, there are many facets of this international health crisis that deserve attention both now and after Ebola has been defeated.

Souktel, a mobile job service in Palestine, recruited and trained qualified subscribers to use an online mapping platform. Together with IBM staff and New York students, they input map details for densely populated areas of Liberia and Sierra Leone to help aid workers in those areas.

There are a lot of open source projects in Liberia that are being tapped to support the Ebola fight. Some are optimistic that if open source ICT is bolstered, it will help Liberia not just immediately but also in the long term. These projects allow techies who want to help to partner with organizations that are already doing successful work on the ground.

TechCrunch’s article emphasizes the necessity of good communication to win the Ebola battle. The authors suggest that if you have a technology with a large user base in Ebola affected areas, you could really use that to spread accurate information and stop false information. And if you’re a telecom infrastructure guru, the UN would love to have you volunteer your expertise! The high traffic is causing calls to be delayed by hours and text to be delayed by days.

Donations to fight Ebola are lower than anticipated and are needed. NPR points to research that we are more likely to give to a cause that is more personal, such as one child in need, rather than a crisis affecting thousands or millions. But whether or not your country or region has been reached by Ebola, for every victim of this outbreak, it is already very personal.