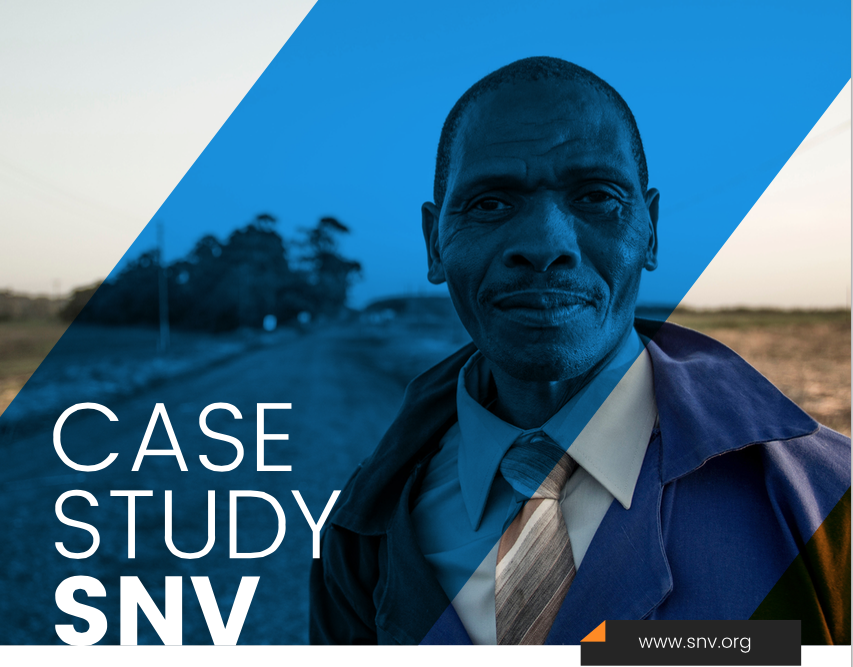 SNV Cambodia is an international NGO that aims to alleviate poverty by enabling increased income and employment opportunities and increasing access to basic services.

SNV is an international NGO that aims to alleviate poverty by enabling increased education and employment opportunities and increasing access to basic services. In rural Cambodia, malnutrition is prevalent for children under the age of five in low-income households. It leads to stunting, illnesses, infections, increased risk of mortality, delayed cognitive development, poor performance and absence from school.

To address the nutritional deficiencies that cause stunting, SNV Cambodia implemented a communication campaign to change people’s behavior. SNV Cambodia leveraged engageSPARK’s automated IVR system to implement its project, with the aim of encouraging rural female farmers with home gardens to feed their children the right amount of diverse vegetables every day. 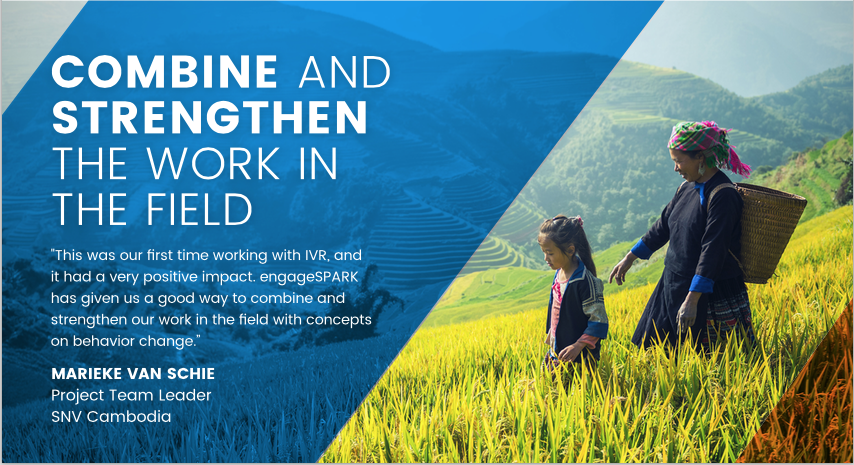 After the series of 24 IVR messages were sent to recipients, a series of 7 IVR quizzes – where recipients would press 1 or 2 to respond to the question – were sent twice a week to measure overall comprehension. Over 7 months, SNV Cambodia used the engageSPARK platform to send over 20,000 IVR calls to 850 recipients.

The high success rate of the IVR campaign, coupled with its low cost, enabled SNV Cambodia to positively impact the lives and behavior of a large Cambodian farming community, by reaching out to them with engaging messages that helped to open the eyes of participants to the importance of a balanced, nutritious diet for their children.