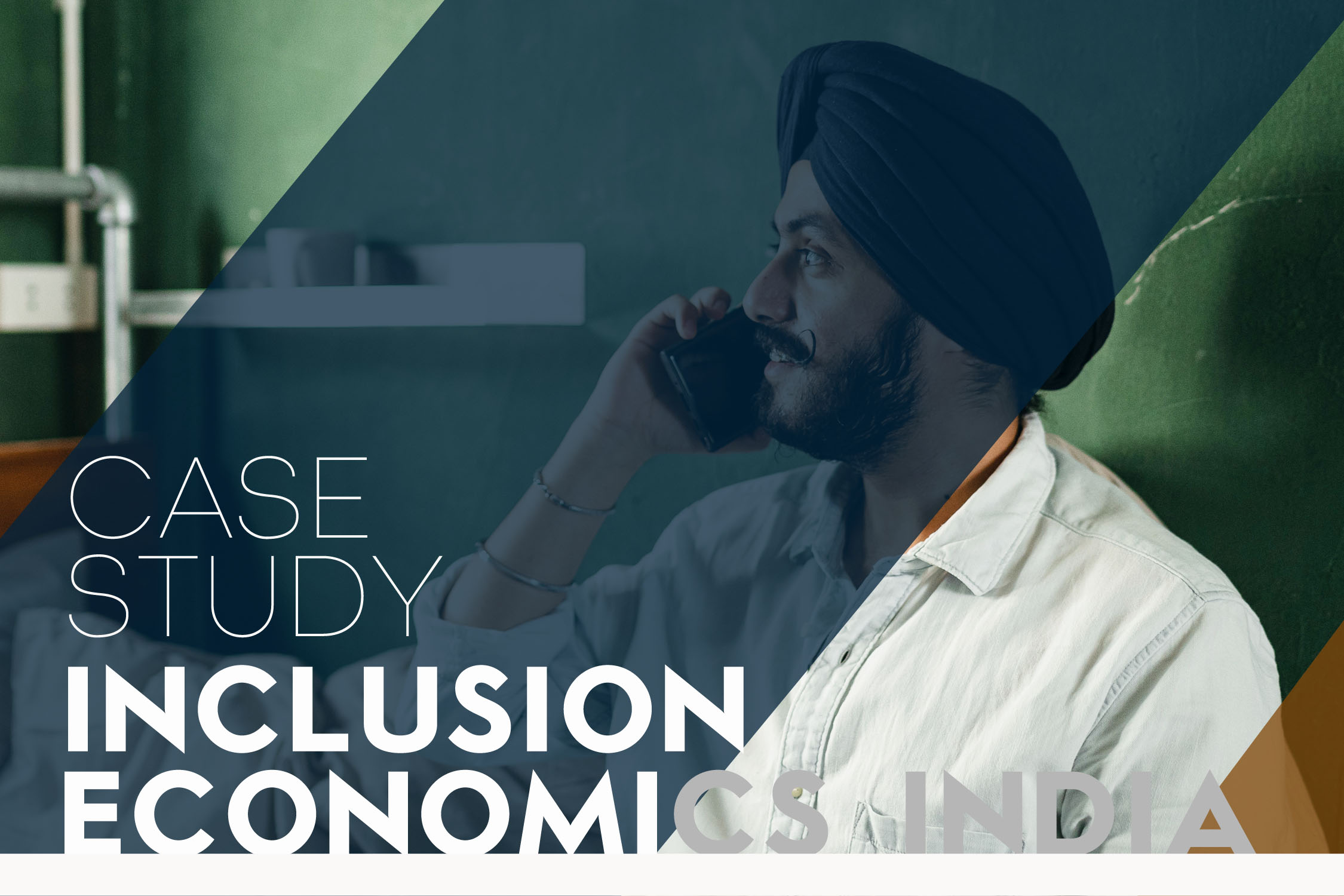 Inclusion Economics India Centre is based at Krea University and works in close collaboration with a highly respected Connecticut university. The research group collaborates with state and central governments in conducting research focused on improving governance, environmental protection, financial inclusion, health, nutrition, and gender equality that affects millions of lives.

In the second quarter of 2020, following the COVID-19 pandemic and subsequent nationwide lockdown in India, Inclusion Economics India reached out to engageSPARK about using the engageSPARK platform to conduct a Voice IVR survey. The program aims to better understand:

The survey reached out to 300,000 low-income workers returning to their native state.

Inclusion Economics India created a Voice IVR survey campaign on the engageSPARK platform that had 291 survey questions on financial inclusion and the government’s financial schemes, with 12-15 unique village-specific questions for contacts coming from 277 different panchayats (villages).

Using engageSPARK’s message condition feature on each question of the IVR campaign, Inclusion Economics India configured the 291-question survey to only ask particular questions if the contact is from a certain village based on the village code from the contact’s profile.

At the beginning of the survey, the contact is asked to confirm that they are living in the village attributed to them by pressing 1 for yes and 2 for no.  If the contact confirms by pressing 1 on their phone’s keypad, the engageSPARK system’s jump logic (or jump to question) feature moves the contact to a certain part of the campaign and asks the questions specific for that village.  If the contact presses 2, indicating that they are not living in the village, the goodbye message plays and the survey ends for that contact.

Inclusion Economics India also scheduled 4 call retries; when a contact doesn’t pick up the call, the engageSPARK system keeps retrying according to a pre-set schedule until the contact picks up or all retries are exhausted – whichever comes first.

In October 2020, Inclusion Economics India started phase 1 and sent the Voice IVR survey to over 85,000 contacts where the calls were made in just 3 days with 2 call time windows each day: 7:30 AM IST – 10:30 AM IST and 5:30 PM IST – 9:00 PM IST. This means that the engageSPARK system only sent out calls within the given window and it automatically stopped calling outside the window.

Inclusion Economics India’s target was to engage at least 200 numbers from each village and to get at least 30 responses from each. With over 85,000 contacts enrolled in the IVR survey for phase 1, they were able to gather these data:

Out of the 11,766 contacts who completed the survey, 3,481 were a direct result of engageSPARK’s built-in call retry.  The call retry feature allowed them to get a higher completion rate.

Of those that answered any of the calls and went through the survey questions, 15,356 contacts responded that they were interested to know more and join the schemes being offered by the government.

The phone numbers of the project’s research participants had been recently updated, so Inclusion Economics India had high hopes regarding survey answers and participation rates. They were not disappointed.  Almost 12,000 completed surveys—13% of the people they reached out to—is quite a good response rate, especially considering that the participants were not expecting the survey. 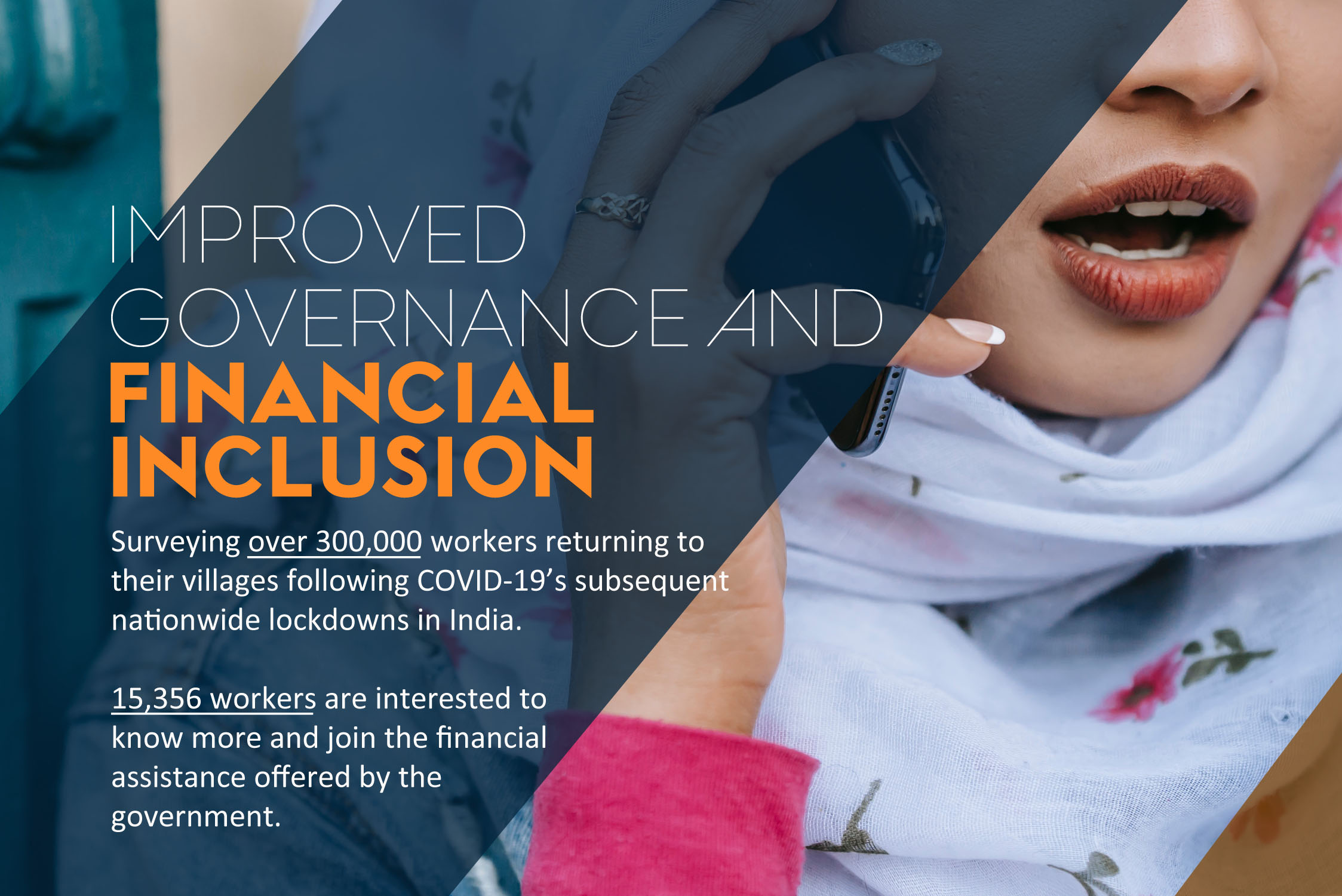 engageSPARK’s call time window allowed them to schedule the calls to go out during times when participants were likely to answer. Their overall survey completion rate was significantly increased because of the automated call retries.

They continued to phase 2 in early December 2020 and phase 3 a week after, aiming for project completion before the end of 2020. From the initial plan of reaching 300,000 low-income workers, they closed 2020 having reached out to over 400,000 phone numbers.

The project was extended until March 2021 to reach the target sample again to understand more aspects related to the research.