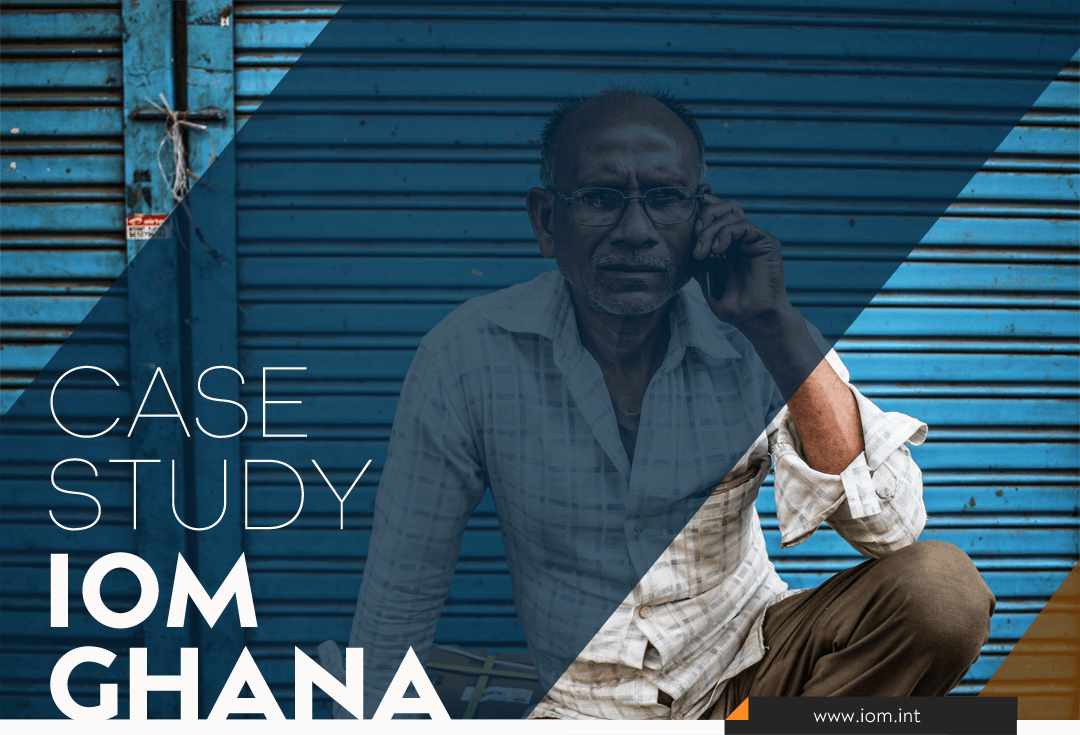 International Organization for Migration (IOM) is the leading International Organization (IO) in the field of migration under the United Nations (UN) umbrella. With 173 member states, IOM is committed to promoting “humane and orderly migration by providing services and advice to governments and migrants.” IOM has been working with the Government of Ghana in managing migration through different projects for over 25 years.

International Organization for Migration (IOM) has been collaborating with engageSPARK for over two years using SMS and Voice IVR solutions on a variety of programs, across different countries in the African continent – primarily in West Africa. This case study focuses mainly on IOM Ghana’s 2018 project, “Aware Migrants Information Campaign – Engaging West African Communities (EWAC).” The project addresses the issues brought about by irregular migration and offers existing migrants and future migrants (i.e., people considering migrating) access to information about regular migration pathways and the dangers of irregular migration. It aims to empower migrants and their communities in making sound decisions to avoid risks of exploitation, enslavement, and death along the way.

In the last quarter of 2017, IOM reached out to engageSPARK, expressing need for a Voice IVR (interactive voice response[1]) Survey solution for its Aware Migrants project. The project involved launching a 10-question Voice IVR survey to Ghanaians who would opt in to receiving a voice survey from IOM, in exchange for an airtime top-up incentive (prepaid mobile phone credit). Upon completing the survey, the participants would automatically receive the prepaid airtime credit on their phone.

In January 2018, IOM officially commissioned engageSPARK to perform the project:

In order to gather numbers to be enrolled to the program, and to reach as many people as possible, IOM partnered with a local mobile network operator (MNO) in Ghana to advertise on the MNO’s subscribers’ phones. In Ghana, after someone sends an SMS or makes a phone call, they receive a pop-up message that shows them their remaining prepaid phone credits. IOM bought advertisement space from the MNOs to pop-up or display a message that said, “Take a free IOM survey and get a 2 cedi top up. Text IOM to XXXX” (where XXXX represents the short code they used for people to opt-in to the IVR survey; cedi is the local Ghanaian currency).

At the start of the 2-3 minute call, participants were made aware that the survey was being conducted by IOM and that by taking the survey, they were consenting to IOM using their answers to improve its outreach program on providing assistance to migrants. Participants were then asked questions related to their age, gender, the region they are from, whether they plan to migrate, whether they have migrated before and where, their reasons for wanting to migrate, etc.

A few hours after ending the advertisement with the airtime incentive, IOM re-launched the same ad for the same IVR survey on February 8, but this time without the incentive.

During the 2 days of the second phase (with no airtime top-up incentive),

This 2-day survey – which ran on February 8 & 9 and did not offer an incentive –  also had an incredibly high completion-to-pickup rate: more than 84% of those who picked up the call completed the survey. 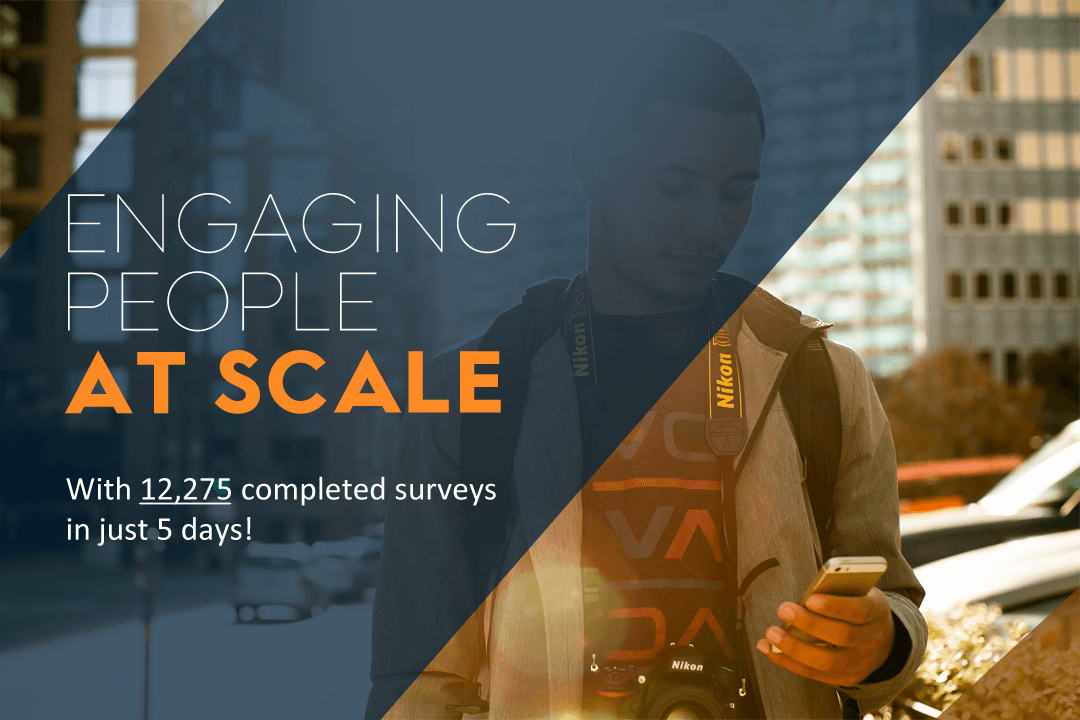 The average length of time participants remained on the call answering the 10-question survey was 3 minutes, while the longest time a person took to complete the survey was 7 minutes. 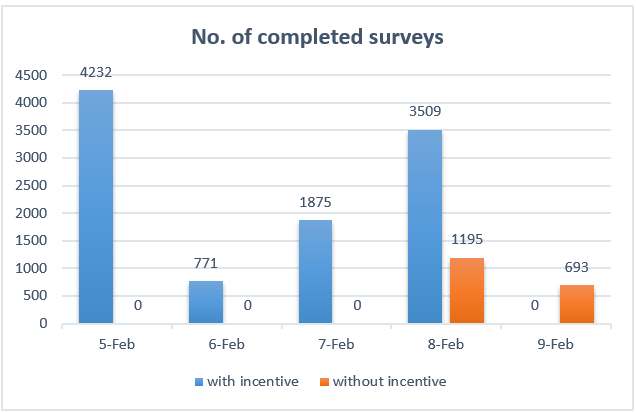 Offering incentives drives more participation in Voice IVR Surveys, but even without incentives many completed surveys are possible, so long as the medium advertising the IVR survey is direct and has a large open rate – like SMS text messages invitations or popups on phones.

Through the help of engageSPARK’s SMS and Voice IVR platform, IOM was able to collect valuable data from participants in Ghana and was able to answer critical questions like:

Powered with that information, IOM is able to strategize and streamline its efforts to further improve the migration and humanitarian assistance it offers, while saving thousands of lives in the process.

[1] Interactive Voice Response (IVR) is the technology that powers interactive automated phone calls, where humans receive a pre-recorded phone call (or call into a hotline) and interact with the call by pressing keys on their phone’s keypad.  For example, IOM prerecorded the questions it wanted to ask on its IVR survey, uploaded the audio files to the engageSPARK website, and created the survey flow.  The engageSPARK system then called the participants, played back the pre-recorded audio file for the first question and waited for the participant to press keys on their phone to answer the question  (e.g., press 1 for yes or 2 for no); then depending on the participant’s response, the survey might continue to the second question or a later question, or the call could end.  In sum, IVR represents the concept of keypress interactions on a pre-recorded automated phone call.  (Note: IVR also refers to spoken responses, where the participant speaks into the phone and their response is captured and processed).