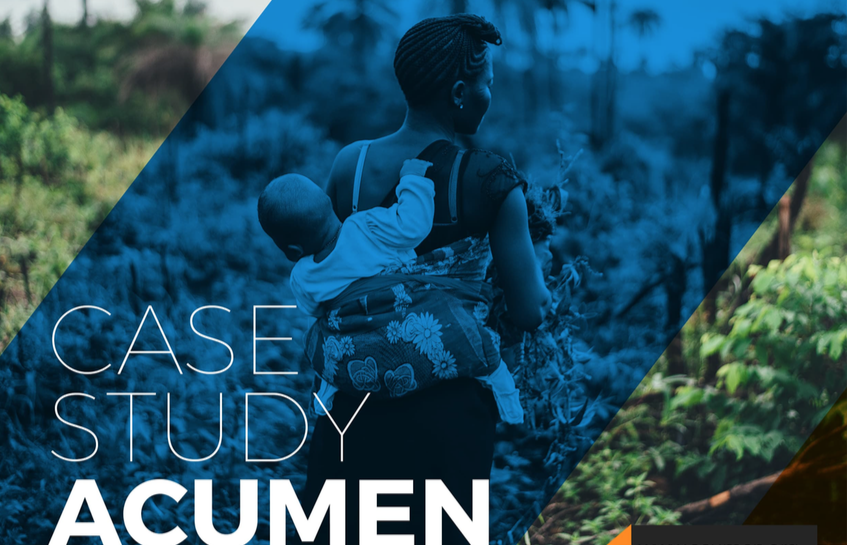 Acumen is dedicated to changing the way the world tackles poverty by investing in companies, leaders and ideas that enable the poor to transform their lives. Founded in 2001, Acumen has invested more than $88 million in 82 companies spread across Africa, Latin America and South Asia.

Acumen invests in companies that have promising ideas to alleviate poverty. It also supports these companies with tools to gather feedback from their clients. Acumen calls this the “Lean Data Initiative” to gather cheap and quick customer feedback to improve investee products. In the past, this feedback was usually obtained via email campaigns, live phone interviews and SMS text message polls.

Recently, Acumen started using automated phone call surveys (interactive voice response, or IVR, surveys) for its Lean Data Initiative and turned to the engageSPARK platform to implement this technology. Acumen has now used engageSPARK in South Africa, India, Haiti, and Ethiopia – and expects to continue using engageSPARK across the world.

Acumen used engageSPARK to run a series of IVR surveys, achieving very high response rates. Because IVR campaigns are cheap and easy to set up on the engageSPARK platform, Acumen was able to launch each survey 12 different ways, running experiments to determine which combination of factors would lead to the highest survey response rates. 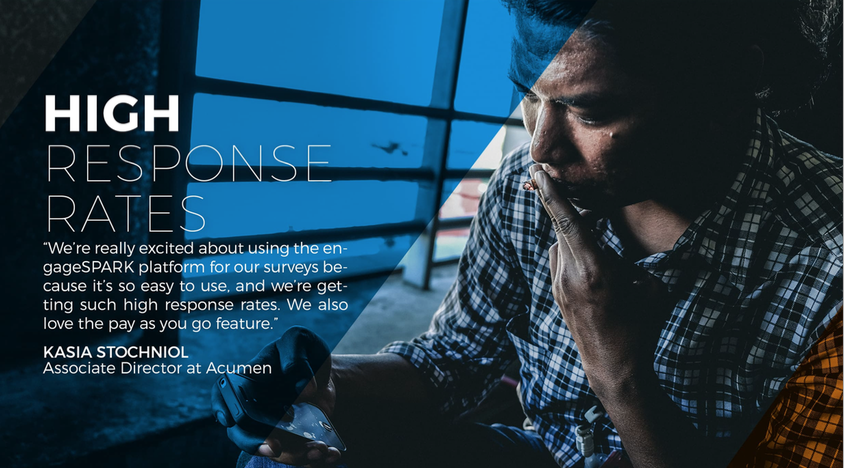 In one particular case, Acumen used engageSPARK to measure the effectiveness of a free Internet campaign provided in South Africa. As a result of the study, Acumen learned that most quiz participants had very little awareness of how much free Internet they could use.  The IVR campaign was instrumental to educate these people about the fact that they had access to free Internet and how they could take advantage of it.

The high response rate to the IVR campaign enabled Acumen to quickly and reliably measure the level of awareness that people had about specific projects, and to help educate those people. Because IVR campaigns are very cheap and easy to set up on the engageSPARK platform, they are an extremely powerful survey tool to boost the effectiveness of the Lean Data Initiative.