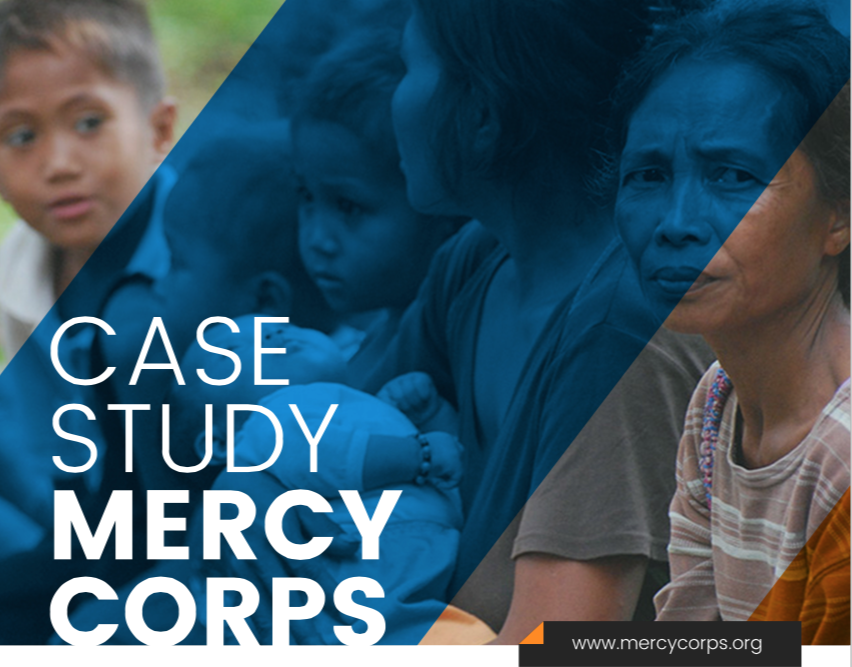 Mercy Corps is an international NGO that has helped communities turn crisis into opportunity since 1979. They alleviate suffering, poverty and oppression by helping people build secure, productive and just communities.

Mercy Corps is an international NGO that has helped communities turn crisis into opportunity since1979, and has given a total of $3.7 Billion in life saving assistance throughout the world.They alleviate suffering,poverty and oppression by helping people build secure,productive and just communities. Following the devastating impact of Typhoon Haiyan in the Philippines in 2013, Mercy Corps implemented a cash transfer and financial literacy program to help families rebuild their lives. As part of the campaign, Mercy Corps used engageSPARK’s platform to teach financial skills to 20,000 typhoon survivors to help them be more resilient to the next typhoon.  Mercy Corps did this by sending an engaging 12-episode soap opera drama to the survivors using SMS text messages and automated phone calls.

Mercy Corps sent more than 1,000,000 Voice Calls and SMS text messages as part of their campaign to promote financial literacy. The most successful part of this was an engaging 12-episode soap opera drama that was sent to the survivors using SMS text messages and automated phone calls.

The soap opera highlighted decisions made by a fictional Filipino couple confronted by financial hardships. To test comprehension and reinforce the learning effect, each episode was followed by a quiz. Recipients were asked to answer each quiz question by pressing 1 or 2 on their phone’s keypad. 48% of Voice Message recipients responded to the quiz, and out of 17.3% Voice Message recipients that were surveyed, the average use of savings accounts increased by 106%.

Due to the high response rate to the soap opera episodes, Mercy Corps was able to achieve a dramatic increase in financial literacy among the recipients, resulting in a 106% increase in savings among people who reported receiving soap operas via automated phone calls. The soap opera campaign was so effective that Mercy Corps launched a second soap opera to further reinforce financial skills.